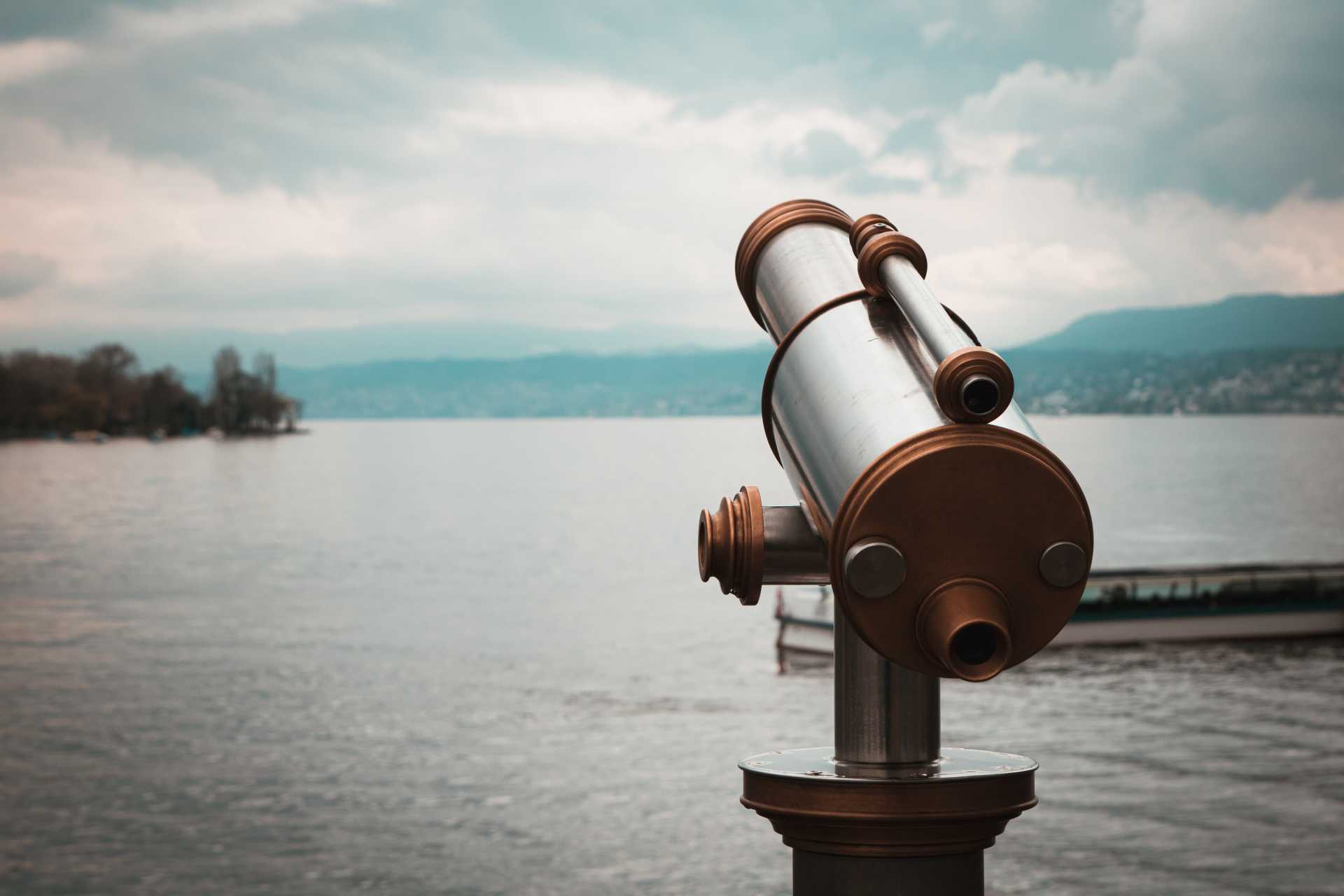 How Do I Find Someone to Disciple? (Discipleship for Beginners)

Right as Jesus was about to ascend into heaven, after beating death and proving that he was King over all creation, the last thing he said to his followers was, “Go and make disciples of all nations, baptizing them […] and teaching them to obey everything I have commanded you.” (Matt. 28:19-20 NIV)

His parting orders to his followers (and to us) was not a complex list of organizations to run, systems to create, and missions to accomplish. He gave us ONE mission: make disciples who do the things Jesus did.

There are a lot of different ideas out there about exactly HOW to go about doing that, but that’s not the focus of this blog post. Today, I just want to focus on how to find someone to disciple. Having all the different methods and strategies for discipleship don’t do any good if you aren’t practicing them with someone you’re actually discipling!

So how do we find someone to disciple? Let’s look at how Jesus did it…

HOW JESUS FOUND PEOPLE TO DISCIPLE

In the Gospels, we see little snippets of stories where Jesus calls people to follow him, especially early in his ministry. All of these interactions seem to be spontaneous interactions in the middle of a normal day of activities. For instance, look at how Jesus calls his first few disciples:

Simon Peter, Andrew, James, and John
As Jesus was walking beside the Sea of Galilee, he saw two brothers, Simon called Peter and his brother Andrew. They were casting a net into the lake, for they were fishermen. “Come, follow me,” Jesus said, “and I will send you out to fish for people.” At once they left their nets and followed him. Going on from there, he saw two other brothers, James son of Zebedee and his brother John. They were in a boat with their father Zebedee, preparing their nets. Jesus called them, 22 and immediately they left the boat and their father and followed him. (Matt 4:18-22 NIV, also see Mark 1:16-20, Luke 5:1-11)

In Matthew, Mark, and Luke, what we see is Jesus walking along from one place to another and simply calling the disciples to come follow him. Something about his nature is so compelling that they stop what they are doing and follow him. Maybe Jesus was intentionally seeking them out (clues from John’s gospel give us an idea of some of the other interactions he had with them), but the point is that Jesus made a clear and compelling call to his disciples to follow him and join him in what he was up to.

We know from other accounts in the gospels that not everyone accepted this call (see Matt 8:18-22), but that didn’t stop Jesus from inviting people into the work that he was doing. And then, he told his disciples to do the same thing.

HOW JESUS TAUGHT HIS DISCIPLES TO FIND PEOPLE OF PEACE

Very soon after calling his disciples to follow him, he sent them out to do the same thing. Matthew’s gospel tells us that Jesus sent them out with clear instructions on to find people who would accept them and their message.

Whatever town or village you enter, search there for some worthy person and stay at their house until you leave. As you enter the home, give it your greeting. If the home is deserving, let your peace rest on it; if it is not, let your peace return to you. If anyone will not welcome you or listen to your words, leave that home or town and shake the dust off your feet.

Jesus tells his disciples to look for someone who:

Jesus also says that if the people don’t receive you in this way, to simply shake the dust from your feet and move on.

After Jesus had sent out his 12 disciples, he has another instance where he sends out 72 disciples ahead of him to the nearby towns to prepare the way for Jesus to come. They were to heal the sick and proclaim that the kingdom of God was near. Luke gives Jesus’ clear instructions and method for finding people who would be open to them in each town:

When you enter a house, first say, ‘Peace to this house.’ If someone who promotes peace is there, your peace will rest on them; if not, it will return to you. Stay there, eating and drinking whatever they give you, for the worker deserves his wages. Do not move around from house to house. “When you enter a town and are welcomed, eat what is offered to you. Heal the sick who are there and tell them, ‘The kingdom of God has come near to you.’ But when you enter a town and are not welcomed, go into its streets and say, ‘Even the dust of your town we wipe from our feet as a warning to you. Yet be sure of this: The kingdom of God has come near.’

In this rendition, Jesus defines a person of peace as someone who:

Again, Jesus gives the advice that if the town doesn’t have anyone who will receive you, it’s appropriate to give a warning that they’ve missed out on the kingdom of God, but then you’re supposed to just move on and not carry the dust of that town with you.

3 WAYS TO FIND PEOPLE TO DISCIPLE

So how are we supposed to find people to disciple, especially if that’s the ONE mission that Jesus gave us? Following Jesus’ example, and learning from his person of peace strategy, here’s three things to do to ensure that you’re finding people to disciple:

1. INVOLVE PEOPLE YOU KNOW IN THE THINGS YOU’RE DOING

Jesus often invited people to just join him in what he was doing, whether that was going to a wedding (John 2:2), visiting the home of someone who needed healing (Luke 8:51-56), or hosting a picnic in the park (Mark 6:35-44).

Though Jesus definitely had times of teaching his disciples, lecture was not the only way they learned from him. Most of their learning from him was from spending time together and doing the work of the Kingdom of God together.

This doesn’t mean that you have to do a Bible study together. Remember, Jesus spent a lot of time just interacting with people, treating them with compassion, commenting on normal life and relating it to the character of God or life in the Kingdom. We can do the same with the people we see often.

Since Jesus’ main strategy for discipleship seems to be quality time spent together, many of the stories we see in the gospels show Jesus ending up at someone’s house for dinner. Many times, it’s someone he just met that day!

Most people eat 3 meals a day. That’s 21 opportunities every week for discipleship with someone! You don’t have to fill every meal with meetings or Bible studies, but you could probably find one or a few in a given week to join someone else for a meal, or have them join you and your family!

Meals are such a good time to connect relationally, and they are great opportunities to serve or be served by someone. Jesus made it pretty clear that if someone is willing to serve you in some way, that’s a pretty good indication that they are open to you. That might mean that the Holy Spirit is opening up a doorway for some deeper relationship and discipleship.

The last way is also the most important way to find people to disciple. Even though Jesus is often depicted as someone on the move, inviting people to join him as he goes, he also models for us a deep practice of prayer. In Luke, we see that before Jesus chose the twelve disciples out of all his followers, he spent the whole night in prayer (Luke 6:12-16).

Even though he was God, Jesus set limits for himself and on his time, and we would be wise to follow his model. Jesus chose to invest more deeply in a few, and the way he chose those few was through prayer.

Who are the people of peace in your life? Who has already demonstrated that they like you, are willing to serve you, and are willing to listen to you? Write down those people on a list and then pray about them, asking God to help you know who to pursue with deeper intentionality. This isn’t an exercise in picking favorites, but rather just seeing if the Holy Spirit is leading in a certain direction. If you have a small list, try just being more intentional with each of them. And then, as they receive your efforts, or as they don’t, that can be a guide for who God is calling you to disciple in this season.

Discipling others, pointing to Jesus and his way of life in our everyday rhythms, is the ONE mission that we have been given by Jesus. And it’s a joy to be able to grow together as we all follow Jesus together. You don’t need to be an expert to disciple someone. You just need to be willing to follow Jesus and point Him out to others as you do.

Mike Breen has written extensively on simple ways to disciple others, and Building a Discipling Culture is an excellent handbook for practical methods of discipleship.

Cesar Kalinowski has some beautiful, tangible ideas for how to engage others in the normal rhythms of life, including meals, conversations, and working together. Bigger Gospel is a short, but excellent, read.

Speaking of Jesus is the book that I have gifted to others more than any other book. Carl Medearis gives such a simple, whimsical approach to weaving Jesus into our everyday conversations that it made me want to actually go tell everyone about what Jesus is doing in my life. It’s the best book on evangelism I’ve ever read. 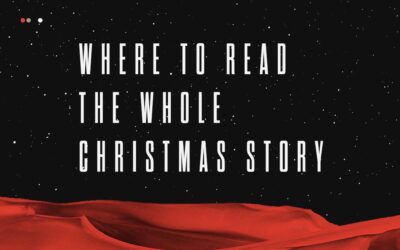 Where to Read the Whole Christmas Story

When I was growing up, my family had a few special Christmas traditions. One of the ones I remember most was my dad sitting us down on Christmas (I don't remember if it was before or after presents) and reading the Christmas story from the Bible. My dad wasn't a very... 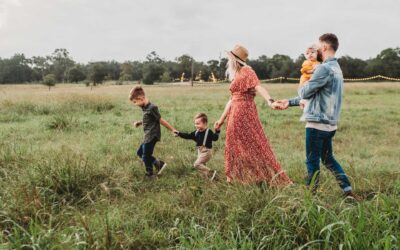 Don't let perfectionism or the fear of failure keep you from the joys of learning to Sabbath as a family. Don't delay one more minute from trying the practice of Sabbath because it will truly change your life. Hi, I'm Drew, and I am a recovering perfectionist. (Hiiiii... 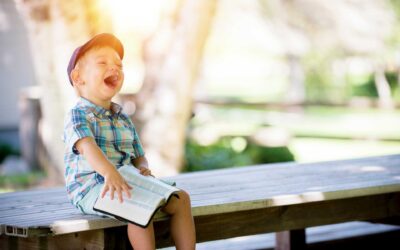 What to INCLUDE for True Sabbath | Sabbath Series Part 3

Today I'm going to share with you three things that you want to make sure to include in a Sabbath day so that it's a true Sabbath that is rejuvenating and worshipful, and not just another day off to speed through. I'm not an expert, but I've been slowly learning how... 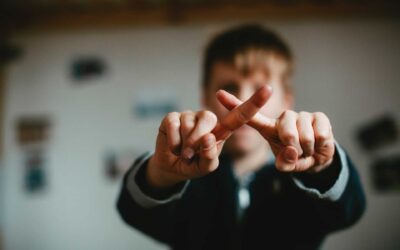 What NOT to Do for Sabbath | Sabbath Series Part 2

One things you should definitely NOT do when you're trying to Sabbath is feel guilt or shame for "doing it wrong." If you are like me, and are slowly growing in this as a new practice, then give yourself grace! In this post, I'm going to share with you three things to...